This article is up-to-date with the latest changes as of Windows 10 Insider build 19042.541, which Microsoft released on September 22, 2020. Microsoft has already released it to the Release Preview Channel.

There’s Not a Lot New, and That’s Big News!

Sure, we had a smaller update last year with 19H2 (the November 2019 Update) followed by a larger update with 20H1 (the May 2020 Update). But Microsoft insisted that there was no plan to do a small update followed by a large update each year. This time around, 20H2 easily could have been another big release packed full of features. Instead, Microsoft is taking the existing 20H1 update and polishing it even further.

This update should be plenty stable because of all that effort going into polishing and bug-fixing. That’s good news for Windows 10 users.

That’s our Microsoft-to-English translation of what’s going on, anyway. Here’s how Microsoft phrases it: “Windows 10 version 20H2 will offer a scoped set of features to improve performance and enhance quality.”

This update will be fast to install, just like 19H2 was. If you’re already running the May 2020 Update (20H1), installing it will be as fast as installing a normal monthly update—no long download or lengthy reboot required. 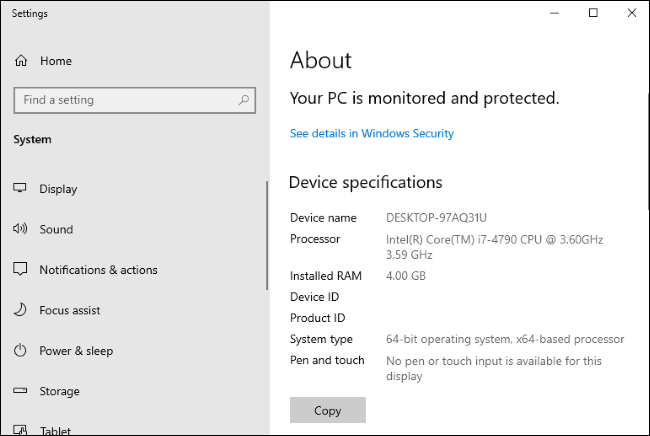 In this version of Windows, the classic “System” page in the Control Panel has been removed. When you try to open it, you’ll be taken to the About page in the new Settings app.

This isn’t as big a deal as it sounds. All the information found in the Settings pane in Control Panel is available in the Settings app. There’s a convenient “Copy” button to copy all the text to your clipboard, and you’ll even find buttons for opening advanced system settings like BitLocker settings and Device Manager at the bottom of the page.

Related :   How to Enable Offline Translation in Apple’s Translate App on iPhone

This is just another step in Microsoft’s long, slow process of slowly phasing out the Control Panel. The Control Panel won’t vanish any time soon, though—it has too many useful options and Microsoft is migrating them to the new Settings app very slowly.

RELATED: How to Turn on “Always on Top” for Windows 10’s Task Manager 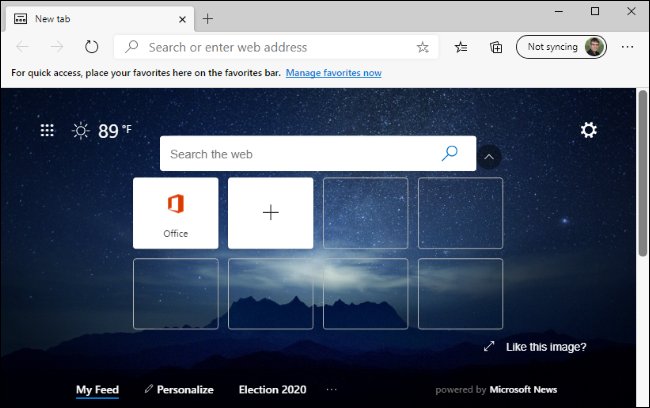 Microsoft is proud that this is the first version of Windows 10 with the new, Chromium-based Microsoft Edge browser included.

That’s not necessarily big news—Windows Update may already have installed the new Microsoft Edge on your system, anyway. The new Edge has also been available to download from the web since January 15, 2020. But, with this release, it’s official: The new Edge replaces the old Edge in the baseline version of Windows 10.

Access Your Samsung Phone’s Android Apps on Your PC

Microsoft is expanding the “Your Phone” app with more features designed for “select Samsung devices.” If you have one of these phones, you can now access your phone’s Android apps directly on your Windows 10 PC. They’ll be running on your phone but you can launch, see, and interact with them on your Windows 10 desktop.

In the future, Microsoft says it will go even further:

Later in the year, Samsung Galaxy Note20 users will experience the power and convenience of running multiple apps side by side and we will continue to work with Samsung to bring this feature to additional devices. Apps will launch in separate windows enabling you to interact with multiple apps at the same time.

Microsoft’s website offers more information about the “Apps” feature, including a full list of supported devices that can use the “Apps feature.”

The Start menu is getting “theme-aware tiles.” Now, the tile background will be light or dark to match whichever Windows 10 theme you’re using—light or dark.

Related :   What Are Google Play System Updates on Android, and Are They Important?

You can still get those tiles that match your theme back, however—just head to Settings > Personalization > Color and enable the accent color on “Start, taskbar, and action center.” 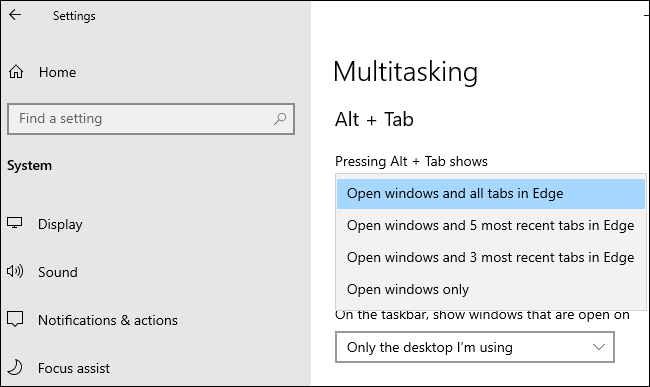 Windows 10 now shows browser tabs in your Alt+Tab switcher—if you use Edge. Instead of just showing one Edge thumbnail for each browser window, you’ll see a number of different tabs in the Alt+Tab switcher. So, if you’re using several web pages at once, you can quickly find and switch between them just with Alt+Tab.

If you don’t like this, that’s fine—it’s configurable. Head to Settings > System > Multitasking and you configure Alt+Tab to show your most recent three or five tabs—or turn it off completely and get a more classic Alt+Tab experience.

Presumably, other browsers like Google Chrome and Mozilla Firefox could choose to integrate with the Alt+Tab switcher in the future and show browser tabs, too. After all, the new Edge shares its open-source Chromium codebase with Google Chrome.

Microsoft has been making pinned sites on the taskbar work better, too. When you pin a website to your taskbar using Microsoft Edge, you can now click (or mouse-over) that taskbar icon to see all your browser tabs for that website.

So, if you pin Gmail to your taskbar in Edge and you have Gmail tabs open in several browser windows, you can click the Gmail icon to find them—even if they’re buried in other Edge browser windows.

If you’ve used Windows 10’s Focus Assist feature—which automatically hides notifications while you’re playing games and using other full-screen applications, among other tasks—you’ll probably notice that it can be really noisy.

Related :   How to Disable iMessage Mention Notifications on iPhone and iPad

Now, Microsoft is disabling all these Focus Assist notifications by default, although you can still re-enable them in Settings. 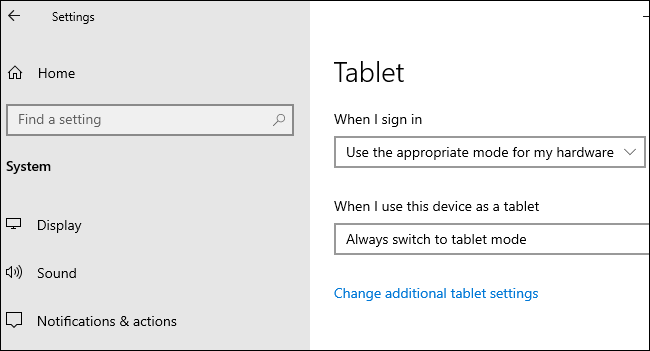 When you detached a keyboard on a 2-in-1 device, a notification popped up and asked you if you wanted to enable tablet mode. Now, Windows will automatically switch to the new tablet experience added in the May 2020 Update without the prompt or notification.

You can change what happens—for example, to prevent Windows 10 from entering tablet mode automatically—by heading to Settings > System > Tablet.

Most of these changes are pretty small, but some are really small. Here are a few other ones:

As usual, Microsoft is also fixing a wide variety of smaller performance and stability issues under the hood.

As of September 2020, Microsoft is done adding features to the update. Expect Microsoft to release it as a stable update to everyone in October 2020—or perhaps early November 2020.