What to Watch on HBO Max at Launch

What to Watch on HBO Max at Launch

HBO has spent nearly half a century pushing the envelope when it comes to hard-hitting television, movies, and original programming. All of that and much more is available through HBO Max. Here are our top picks available at launch.

HBO is responsible for the creation of some of the grittiest and hardest-hitting crime dramas the small screen can handle. Perhaps the grittiest of them all is The Wire, a show set in Baltimore, Md. and inspired by the very real experiences of David Simon, who spent 12 years writing for the Baltimore Sun City Desk. The show follows a Baltimore task force, the criminals they pursue, and the good and bad guys on both sides.

The Fresh Prince of Bel-Air

While bits of this decade-defining sitcom have been available for streaming through services like Amazon Prime, the launch of HBO Max marks the first time that all six seasons of The Fresh Prince of Bel-Air are available through a single streaming service. In addition to launching Will Smith’s acting career, the show has left an indelible mark on pop culture.

Opened by one of the most famous TV show theme songs in recent history (composed by Smith and Quincy Jones), each episode depicts the struggles and successes of a young black man suddenly taken from the poverty of his Philadephia home to the wealth and societal mores of his Bel-Air relatives, the Banks family.

It’s one of the most popular science fiction shows running today and has been in production for over five decades. While HBO Max doesn’t include the vast majority Doctor Who that ran from 1963 to 1989, it does finally consolidate all of the new series that has been running since its reboot in 2005.

If you’re a fan of running down a series of corridors away from the monster of the week while enjoying quirky characters and trips to the far future and distant past, all wrapped in alternating veils of mystery, horror, action, and adventure, then there’s no better show than Doctor Who. The show follows a mad human-like alien who stole a cranky time machine that’s stuck in the shape of an old English police box. The alien’s species can regenerate and are rarely found without at least one companion by their side and several enemies all around them. While it’s currently unclear when the next season of the show will arrive on HBO Max, you can find a nearly endless stream of binge-worthy content in its first 11 seasons.

Related :   How to Insert a Word File into a Different Word Document

In addition to original dramas, HBO has always been known for their thought-provoking, deep-diving documentaries, and David Bowie: The Last Five Years is no different. David Bowie is one of the greatest and most constantly evolving musicians to grace the planet, and his death in 2016 left a void that may never be filled. This original HBO documentary examines Bowie’s work on his last two albums, The Next Day and Blackstar, all while drawing beautiful contrast on the artist’s life through interviews with friends and collaborators.

Taking some cues from the original comic book classic written by Alan Moore, Watchmen uses the Tulsa race massacre of 1921 as a historic backdrop for a brutal look into a future where police are masked enforcers threatened by a white supremacist uprising. The first season of nine episodes delves into themes of power, race, and vigilantism, all without requiring any previous knowledge of the source material.

The darkly violent superhero drama features a fitting soundtrack composed by Trent Reznor and Atticus Ross of Nine Inch Nails. While no second season has been confirmed, this first offering is fortunately self-contained as its own complete story.

Singin’ in the Rain 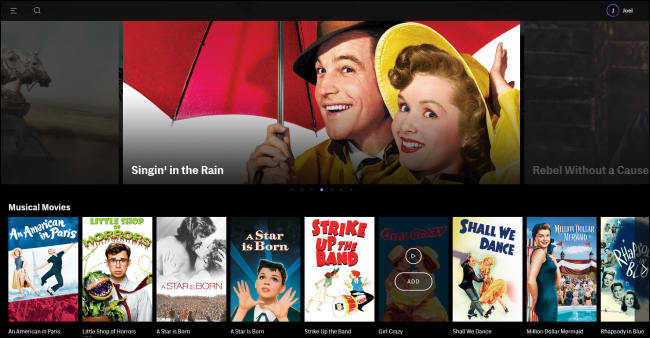 Offering more than just HBO’s original films, HBO Max provides a huge selection of new and classic content through partnerships with entities owned by Warner Bros like TCM. In fact, with the upcoming addition of a massive amount of top-notch films from The Criterion Collection, HBO Max will surely prove to be a must-have subscription for film aficionados.

Related :   What Does Apple’s T2 “Security Chip” Do in Your Mac?

Not just one of the greatest musicals of all time but also one of the greatest Hollywood films ever made, Singin’ in the Rain uses once-in-an-era star power from Gene Kelly, Debbie Reynolds, and Donald O’Connor to provide unparalleled entertainment through song and dance. All this talent gleefully plays on much deeper themes of how such entertainment is made, who it’s made by, and the toll it takes on creator and consumer alike.

For Batfans, we’re recommending one of the most influential stories of the great detective stories ever told: Batman: The Killing Joke by Alan Moore. As both HBO and DC Comics rest comfortably under the oversized media umbrella that is Warner Bros, the amount of Batman content available on HBO Max has given the world’s greatest detective his own page on the site.

Affleck, Clooney, Kilmer, Keaton, West, and most importantly Conroy are all suited up and ready for some tight leather action; Bale is the only major Wayne missing from the content on HBO Max. Whether you’re watching The LEGO Batman movie with kids, or just thirsting for some tragic Batnips with the truly unparalleled Batman & Robin, it’s quite difficult to find this much high-quality Batcontent on one single Batservice.

Related : How to Automatically Translate a Web Page in Microsoft Edge

Studio Ghibli has spent decades creating some of the most beautiful and impactful animated feature films for kids and adults under the guidance of visionary directors like Hayao Miyazaki and Isao Takahata. Unfortunately, not every Ghibli film is featured on HBO Max. But with nearly two dozen titles available at launch, there is plenty to enchant your eyes and thrill your heart.

My Neighbor Totoro is one of the most widely known Ghibli films, and does a great job capturing a soothing and refreshing spirit that many of us can use at this time. You can find all the Ghibli content available on HBO Max by logging into your account and searching for “Ghibli.” 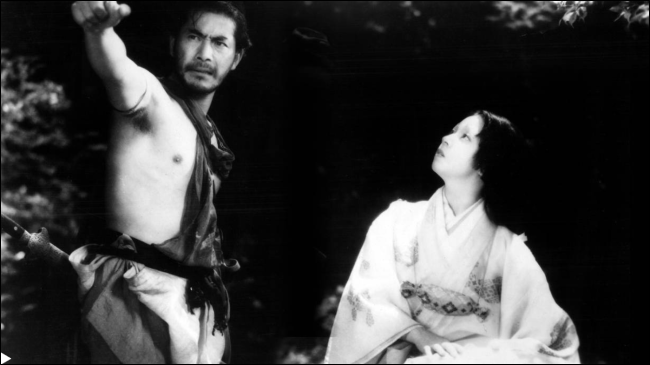 As attractive as HBO Max’s new and original content is, its library of classic films is proving to be an equally powerful draw for film lovers eager to get cheap and easy access to some of the greatest films ever made. One such film is Rashomon from the legendary Japanese auteur Akira Kurosawa, whose works inspired countless Western adaptations like The Magnificent Seven. Starring the unrivaled Toshiro Mifune, Rashomon is a psychological drama featuring masterful storytelling and cinematography that has forever changed the way Eastern and Western movies are made.

The Not-Too-Late Show With Elmo

After making a deal with HBO in 2015, Sesame Street has expanded how much content they create, and the variety of content as well. While the privatization of this American institution has unfortunately led to new episodes being limited to exclusive HBO content, with a nine-month delay before content hits the public, HBO Max now features dozens of seasons and thousands of classic and new episodes of Sesame Street.

One of these brand new shows from Sesame Street is The Not-Too-Late Show With Elmo, a late-night-styled talk show featuring the global phenomenon, the one and only Elmo, along with his pal Cookie Monster. Together, they have fun with games and modern topics, interview celebrities, and generally indulge in the same brand of wholesome shenanigans we see from traditionally adult-oriented late-night talk shows. With this powerhouse of children’s entertainment in its portfolio, HBO Max is oddly enough proving to be one of the must-have streaming subscriptions for families with kids.

Some of the greatest content to grace the big and small screens, from Adult Swim to Turner Classic Movies, is now available to stream through HBO Max. You can also find other popular series like Friends, The Big Bang Theory, Game of Thrones, and South Park. Don’t forget to keep an eye out for all the original and third-party content still to come to this ever-expanding streaming service.