How to Use Picture-in-Picture on iPhone

How to Use Picture-in-Picture on iPhone

For a couple of years now, the iPad had the ability to play videos in picture-in-picture mode. Once you upgrade to iOS 14 or higher, your iPhone gains the feature as well. It works with media apps, YouTube (via Safari), and even for FaceTime calls.

Use Picture-in-Picture for Supported Apps on iPhone

All of the media apps that already supported picture-in-picture mode on the iPad work out of the box on your iPhone running iOS 14 or higher. And now that the feature is available on the iPhone, we expect to see more media and video conferencing apps to add the feature.

RELATED: How to Use Face ID on Your iPhone While Wearing a Mask

For now, popular apps like Netflix and Amazon Prime support the feature. YouTube’s app doesn’t, but more on that later.

If you’ve used picture-in-picture mode on the iPad, you’ll be familiar with the process. Open an app like Netflix and start playing a movie or TV show. Then, during playback, swipe up from the Home bar (the bottom of the screen). If you’re using an iPhone with a Home button, press the Home button instead.

You’ll now see your iPhone’s home screen as the video continues to play in a small media player window. 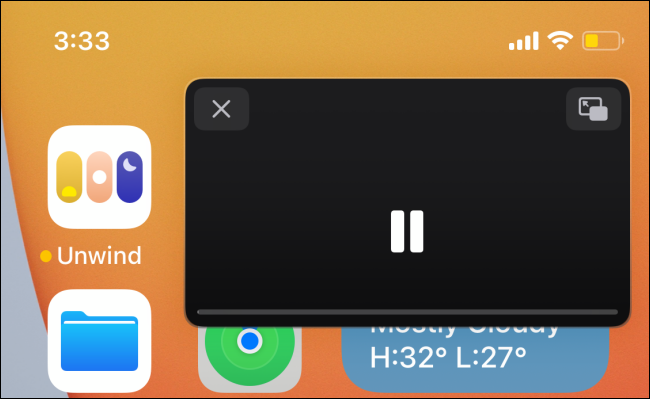 You can now pinch and zoom on the window to make it larger or smaller. You can also swipe the window to the left or the right edge of the screen to hide the video player. The audio will continue to play in the background.

To bring the picture-in-picture window back, tap the “Arrow” icon.

Related :   Can I watch free channels on my Roku? 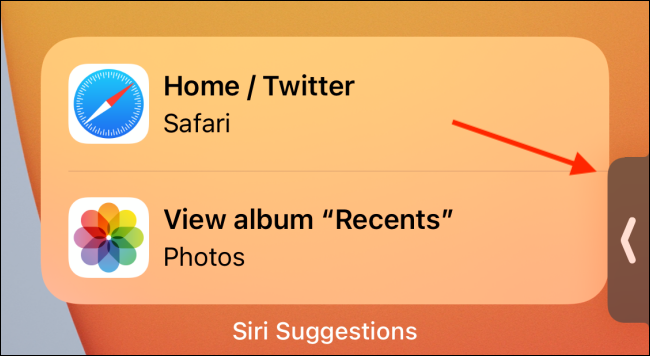 Tapping on the picture-in-picture window reveals additional options. From here, you can play or pause the video and skip forward and backward.

To go back to the full-screen mode, tap the “Picture-in-Picture” button found in the top-right corner of the window. And if you want to stop the playback altogether, tap the “Close” button in the top left.

While YouTube Premium on Android supports picture-in-picture, YouTube just doesn’t offer the feature to iPhone and iPad users. But don’t worry, the Safari workaround for iPad works on the iPhone as well.

RELATED: How to Customize the Summary Tab in the iPhone’s Health App

First, visit YouTube’s website and then start playing a video. From there, tap the “Fullscreen” button.

You’ll notice that YouTube’s media player is gone and is replaced by Apple’s own video player. Now you can tap the “Picture-in-Picture” button to quickly enable the feature. Or you can swipe up from the Home bar (or press the “Home” button on older devices) to engage the picture-in-picture mode.

Once you’re in the picture-in-picture mode, it’s business as usual. You’ll find the same options for moving the player window and hiding the floating window.

Related :   How to Turn On Spatial Audio for AirPods on iPhone or iPad 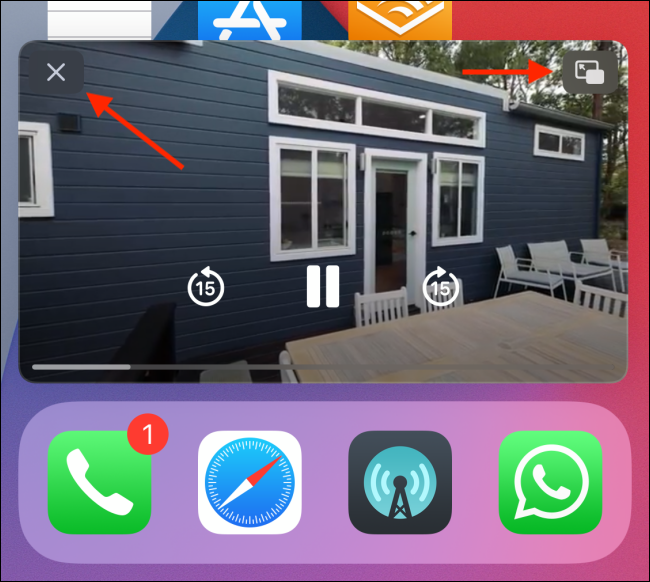 Once your iPhone is running iOS 14 or higher, make sure you try out the new Home screen widgets!

RELATED: How to Quickly Search for Emoji on an iPhone or iPad