Why Does Every Camera Put Photos in a DCIM Folder?

MainIPTVTutorialIT MagWhy Does Every Camera Put Photos in a DCIM Folder?

Why Does Every Camera Put Photos in a DCIM Folder?

Every camera — whether it’s a dedicated digital camera or the Camera app on Android or iPhone — places the photos you take in a DCIM folder. DCIM stands for “Digital Camera Images.”

The DCIM folder and its layout come from DCF, a standard created back in 2003. DCF is so valuable because it provides a standard layout.

RELATED: What’s the Difference Between Digital and Optical Zoom?

DCF is a specification created by JEITA, the Japan Electronics and Information Technology Industries Association. It’s technically standard CP-3461, and you can dig up the arcane standards document and read it online. The first version of this standard was issued in 2003, and it was last updated in 2010.

The DCF specification lists many different requirements with a goal to guarantee interoperability. The file system of an appropriately formatted devics — for example, an SD card plugged into a digital camera — must be FAT12, FAT16, FAT32, or exFAT. Media with 2 GB or larger of space must be formatted with FAT32 or exFAT. The goal is for digital cameras and their memory cards to be compatible with each other.

The DCIM Directory and Its Subfolders

Among other things, the DCF specification mandates that a digital camera must store its photos in a “DCIM”directory. DCIM stands for “Digital Camera Images.”

The DCIM directory can — and usually does — contain multiple subdirectories. The subdirectories each consist of a unique three-digit number — from 100 to 999 — and five alphanumeric characters. The alphanumeric characters aren’t important, and each camera maker is free to choose their own. For example, Apple is lucky enough to have a five-digit name, so their code is APPLE. On an iPhone, the DCIM directory contains folders like “100APPLE,” “101APPLE,” and so on.

Related :   How to Switch Sound Output Devices on a Mac 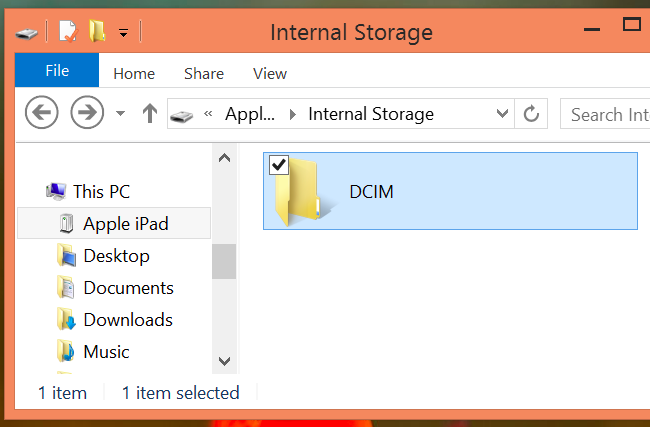 Inside each subdirectory are the image files themselves, which represent the photos you take. Each image file’s name starts with a four-digit alphanumberic code — which can be anything the camera maker wants — followed by a four digit number. For example, you’ll often see files named DSC_0001.jpg, DSC_0002.jpg, and so on. The code doesn’t really matter, but it’s consistent to ensure the photos you take are displayed in the order you took them. 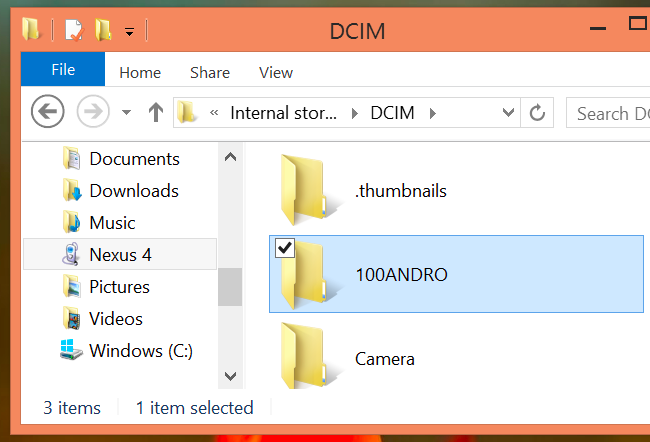 You may also see .THM files that represent the metadata for files other than JPG images. For example, let’s say you took a video with your digital camera and it was stored as a .MP4 file. You’ll see a DSC_0001.MP4 file and a DSC_0001.THM file. The MP4 file is the video itself, while the .THM file contains a thumbnail and other metadata. This is used by the camera to display information about the video without loading it.

There are more arcane details here that the DCF specification requires, but they’re not really important.

RELATED: How to Use a Digital Camera as a Webcam

DCF is a “de facto” standard, which means that enough digital camera and smartphone makers have adopted it that it’s become a consistent standard in the real world. The standardized DCIM format means digital camera picture-transfer software can automatically identify photos on a digital camera or SD card when you connect it to your computer, transferring them over.

The DCIM folders on smartphones serve the same purpose. When you connect an iPhone or Android phone to your computer, the computer or photo-library software can notice the DCIM folder, notice there are photos that can be transferred, and offer to do this automatically.

Related :   How to Open Microsoft Word Documents Without Word

DCIM may not be the most obvious name the first time you see it — how about “Photos”? — but it’s more important that it’s a standard. If every digital camera manufacturer or smartphone operating system had its own unique pictures folder, software programs wouldn’t always be able to automatically find photos on a connected device. You wouldn’t be able to take an SD card from one camera and plug it directly into another digital camera, accessing the photos without reformatting the device or rearranging the file system.

Ultimately, just having a standard is important — whatever the standard is. That’s why the DCIM folder has followed us from point-and-shoot cameras to smartphone and even tablet camera apps. The Picture Transfer Protocol, or PTP, isn’t the same as the DCF standard, but it serves a similar purpose. It’s been superseded by MTP and other standards, but PTP is supported by Android devices and iPhones for communicating with photo-management applications that support this standard.

As usual, we’re all carrying an old-and-arcane standard forward because it’s better to be compatible with everything than design something new from scratch. That’s the same reason why email is still so popular!