Why You Should Delay Your macOS Upgrades

Why You Should Delay Your macOS Upgrades

Do you install the latest macOS upgrade on day one? Keeping your machine up to date is important, but there are some good reasons to delay a big upgrade, especially on your “daily driver” Mac.

What’s the Difference Between an Upgrade and an Update?

An update is a relatively minor fix to the existing operating system version. For example, a minor update might take you from macOS 10.15.6 to macOS 10.15.7, and fix security problems and other bugs.

An upgrade is a much larger change that can overhaul entire sections of the operating system. For example, an update might take you from macOS 10.15 to macOS 11.0. It will also have a new name, like Catalina, Mojave, or Big Sur.

You should always try to keep your Mac up to date by installing the latest fixes and security patches under System Preferences > Software Update. If possible, enable automatic updates, so your Mac takes care of this by itself.

An upgrade also requires more manual intervention. You have to download the latest new version of macOS from the Mac App Store. It’s also much larger than a standard update (Big Sur is around 12.6GB). This means the installation process usually takes much longer, too. Your Mac will also have to restart several times.

Updates fix problems and occasionally introduce a few new features. In an update, an app like Safari might get a significant overhaul, but any changes to the underlying operating system will be relatively minor.

RELATED: How to Quickly Resize the Dock on Mac

Released on Nov. 12, 2020, macOS Big Sur is the perfect example of why you should wait before jumping into a brand-new upgrade.

Within days of its release, reports surfaced that the free upgrade might be bricking older MacBook Pros. The issue was reported to be occurring on late-2013 and mid-2014 models of the company’s flagship laptop. Go-to fixes, like resetting NVRAM or booting in Safe mode were also failing to resolve the issue.

Related :   How to Hide the Article Feed on Microsoft Edge’s New Tab Page

Apple has since released a support document for those affected that also invites customers to contact Apple Support if the problem isn’t resolved.

A range of other issues were also reported by Big Sur early adopters, including Apple Watch Series 6 not authenticating accounts, IMAP timeouts in Mail, visual bugs in the new user interface, and Apple’s classic screen saver refusing to display the correct photosets. Bugs like these aren’t uncommon with the release of a new operating system. 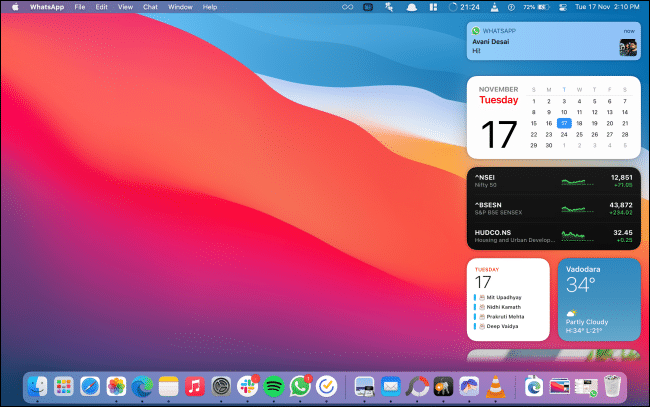 While the problems range in severity, they all share a common theme: this is the first public release of an upgrade. Waiting a few weeks for a patch is a small price to pay if doing the opposite might brick your laptop. Even pesky bugs like Mail timeouts can cost you time, productivity, and the inevitable rise in blood pressure as you try to diagnose the problem.

Problems with macOS Big Sur have been so extensive, even Harvard Medical School warned against updating until the bugs have been ironed out.

On release day, the latest version of macOS seems shiny, polished, and full of possibilities and must-have features. After a few days, though, people can’t stop talking about all the bugs they’ve found. If you wait a few days, you’ll know what you’re in for, and why you might want to wait even longer.

Perhaps Apple will do a better job with future upgrades. Perhaps a new version has been out for a few weeks and everyone says it’s flawless. Great, feel free to install it! But you’ll only know it’s safe if you wait while others test it.

Related :   How to Restart an Android TV

Apple often makes changes to the way its software works with new releases of macOS. In 2019, Catalina was the first version of macOS to drop support for 32-bit apps entirely. This caught many people off guard, as they could no longer use software that had worked perfectly fine in the previous version.

Developers might have gotten a warning, but some apps were never going to receive updates. This should sound a warning for anyone who uses outdated tools, open-source software, or apps created by an individual.

Apple’s changes sometimes require a complete rebuild of certain apps from the ground up. This was the case with macOS 10.11 El Capitan, which introduced a new security feature called System Integrity Protection. In addition to protecting certain parts of the system drive, the feature prevents apps from injecting code into processes like Finder and Safari.

This rendered a lot of system tweaks useless and required some serious work from the developers that were affected. Bartender and Default Folder X are two apps that had to be completely rewritten to play nicely with System Integrity Protection.

With the release of macOS Catalina, Apple introduced stricter permissions that controlled the folders to which apps had access. Some open-source projects, like GIMP, were unable to open or save files to all but a few directories even if you intervened and manually gave permission. Sometimes, macOS upgrades just break your favorite apps.

In 2019, Catalina’s removal of 32-bit app support caught people who were using older versions of Microsoft Office unawares. The only remedy was an expensive upgrade to the latest version. If you depend on a certain suite of apps, a freeware photo- or video-editing tool, an old emulator or source port, or any legacy software that’s no longer updated, this is something to keep in mind.

Related :   How to Magnify Your iPhone Screen Using Display Zoom

Make sure you always double-check that your mission-critical or must-have applications will work properly before you upgrade to a new operating system.

Just like software, changes to macOS can also affect hardware. In addition to issues with certain Apple Watch models, Big Sur also has problems with some smart cards, Epson and HP printers, and monitors connected via HDMI.

Professionals who depend on peripherals, like graphics tablets, USB audio interfaces, or CAD/CAM equipment, should always consult the manufacturer’s website before making the jump. While developers have about three months to ingest and prepare for Apple’s changes, this by no means guarantees compatibility at launch.

Perhaps the best reason not to bother updating right away is you have nothing to lose by waiting. After a new version of macOS is released, Apple continues to update it for years.

Sure, new features are nice, but you also want your Mac to continue working the way you’re used to for as long as possible. You can delay the update until you’re confident most of the bugs have been ironed out.

However, do continue to update your Mac as normal under System Preferences > Software Update. Just be aware, you might not get major updates for certain apps, like Safari, which could cause compatibility problems with certain corners of the web.

But, don’t forget, Apple drops support for new macOS updates on older machines annually, so there are always a lot of Mac owners stuck on older versions.

This advice doesn’t just apply to macOS, either. You’re usually better off delaying any major operating system upgrade for at least a few days, until you know it’s relatively bug-free.