What Are Google Play System Updates on Android, and Are They Important?

MainIPTVTutorialIT MagWhat Are Google Play System Updates on Android, and Are They Important?

What Are Google Play System Updates on Android, and Are They Important?

Not only does Android get a big yearly firmware update, but there are smaller monthly updates, as well. Google Play Security Updates are one of these, but they’re different from the monthly security patches—here’s what they do.

What Is a Google Play System Update?

With Android 10, Google took 12 core components and spun them out as “modules.” Google can now address these modules independently, without sending a full firmware update or involving the phone manufacturer.

Google Play System Updates mainly address security issues, but they aren’t the same as the monthly security patches. Both are responsible for different things. All devices with Android 10 and higher can get a Google Play Security Update, regardless of whether they have the latest security patches.

That’s the most important thing about Google Play System Updates: they don’t require firmware updates or phone manufacturers. This doesn’t mean Google can completely bypass your phone’s manufacturer and bring you the latest features right away. However, it does mean you won’t have to worry about some more critical security issues.

Check Which Version of the Google Play System You Have

To check your Google Play Security Update version or for a new update, swipe down from the top of the screen (once or twice, depending on your device’s manufacturer). Then, tap the Gear icon to open the Settings menu. 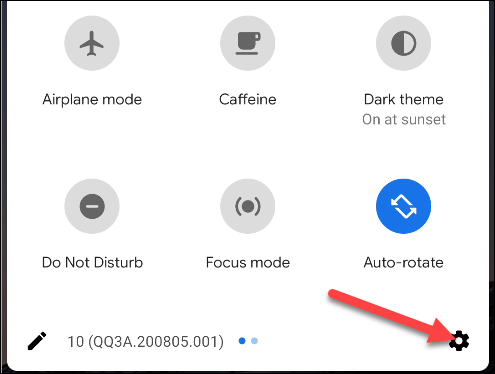 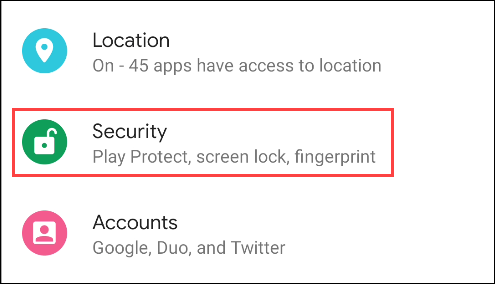 At the top of the screen, you’ll see a “Security Status” section. If the Google Play System is up to date, its icon will be green. You’ll also see the date of the most recent update. If the icon is red, you might need to reboot to install the update. 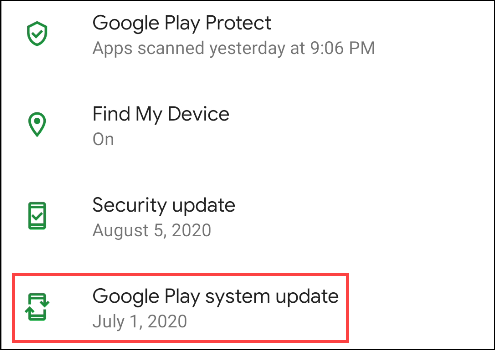 Note that the “Security Update” and “Google Play System Update” won’t necessarily have the same date.

RELATED: How to Track Movement of Wildfires on Google Maps