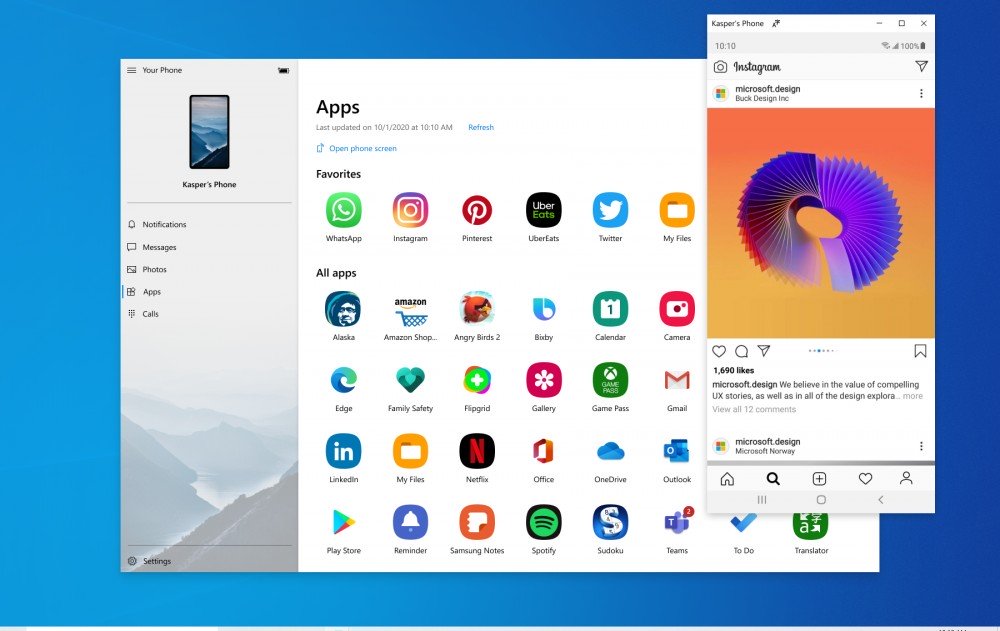 Run Android Apps on Your Windows PC with a Galaxy Device and “Your Phone” App: Microsoft’s “Your Phone” app for Windows 10 is a useful companion app for Android users to quickly do things like reply to text messages and transfer photos from your phone to computer. But on new Samsung Galaxy devices, it’s getting a lot more useful: you’ll soon be able to fully control apps on the phone right from your PC.

Once all the boxes have been ticked, you should be able to fire up the Your Phone app on your Windows PC (and go through the setup process if you haven’t already) and start remotely controlling your phone and all the apps on it. The two seem to be pretty well integrated already, with the option to pin certain Android apps directly onto the Windows taskbar. It’s the closest thing Microsoft is going to get to offering Android apps on Windows, anyway.

That said, there are a few limitations of note, according to Microsoft:

Related :   A Free Microsoft Office: Is Office Online Worth Using?

Despite that, this is a pretty rad update. It’s not the first time that software has allowed users to remotely control their phone, but it does appear to be the most seamless. Here’s to hoping that it comes to more, non-Samsung, phones soon. That`s how you can run android apps on Your windows PC and the “Your Phone” App.

RELATED: How to Move Microsoft Authenticator to a New Phone