How to Install Third-Party App Stores on Android

How to Install Third-Party App Stores on Android

How to Install Third-Party App Stores on Android: Nearly every Android device ships with the Google Play Store. It’s the official place to go to download apps and games. However, the openness of Android means you can install third-party app stores, too.

The Google Play Store is, by far, the largest app store available to those who use Android. It’s also the safest place to download apps and games. However, if your device doesn’t have the Play Store, or you’re just interested in alternatives, below are some other options:

Installing any of these app stores on your device is quite simple. The process is called “sideloading,” and we’ll walk you through it.

First, decide which app store you want. For this guide, we’ll be using the Amazon Appstore. Look for the download section on the app store’s website on your Android device. 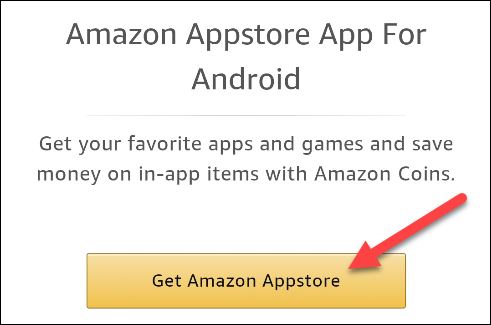 A message will appear asking you to confirm the download of the APK file; tap “OK.”

After the file is downloaded, tap “Open” to install it.

You have to enable the option to install apps from “unknown sources,” which is, anything that isn’t from the Google Play Store. If you haven’t already done this, a message will appear instructing you to tap “Settings.”

Related :   How to Install Linux

Toggle-On the “Allow From This Source” option.

Now, go back and tap “Install” to actually install the app store.

When installation is complete, tap “Open.”

When the app store is open, just follow the setup process to get started.

The first time you try to install an app or game from the new app store, you’ll have to allow it to install unknown apps, just as we did above. The same message will appear and direct you to the settings page.