How to Create a Quick Poll in Microsoft Teams

MainIPTVTutorialIT MagHow to Create a Quick Poll in Microsoft Teams

How to Create a Quick Poll in Microsoft Teams

Perhaps you want to know your team’s opinion on something. Or, maybe you need your coworker to come to a majority decision and settle a (hopefully friendly) dispute. Whatever the reason, a poll within Microsoft Teams is usually the best way to get the answer.

There is a quick and simple way to create a single-question poll in Microsoft Teams without using any third-party software. Even better, any member of the team can create a poll, and all members of the team can vote and see the results. This means it’s both democratic and transparent, as well as recorded if you need to refer back to the poll results at a later date.

To create a poll, open Microsoft Teams and then click on the three dots under a new chat message or reply.

In the window that pops up, select the “Forms” option. 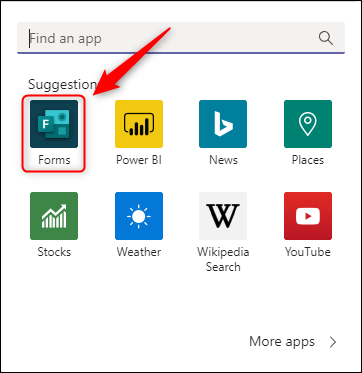 A new Forms window will load that allows you to ask a single question. Enter your question, two answers, and then click the “Add Option” button if you need more answers to choose from. When you’re done, click “Next.” 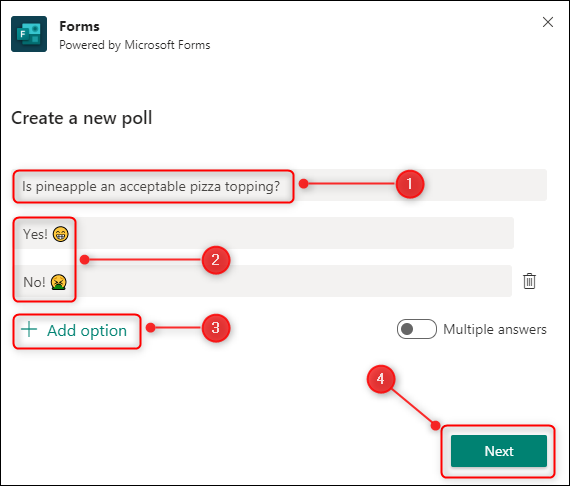 If you’re wondering how the emojis were added to the responses, you can press Windows+. to open the emojis window. This works almost everywhere in Windows where you can enter text and in all Office 365 apps. 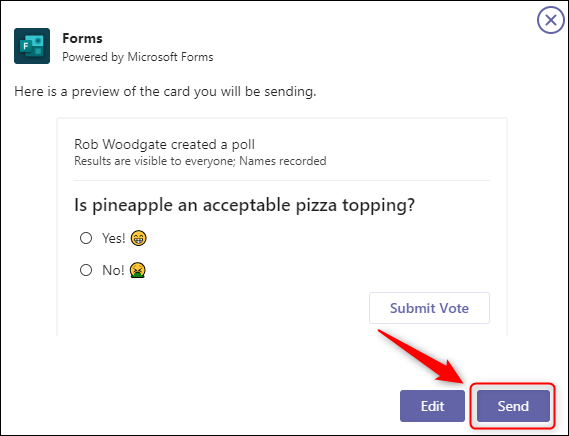 The poll will appear in your chat. Anyone can vote by selecting an option and then clicking “Submit Vote.” The collected responses are displayed underneath. 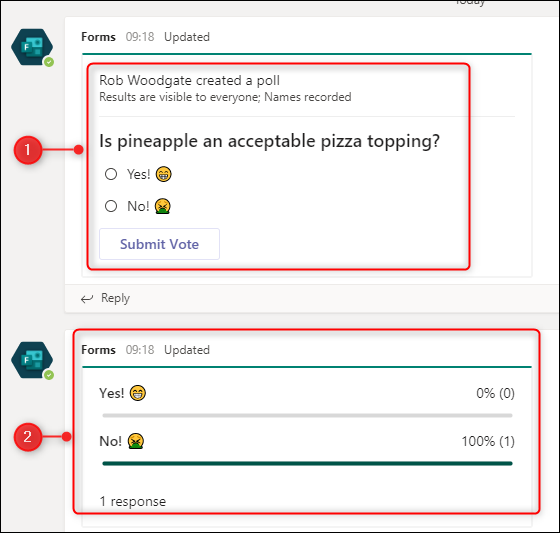 Each user can change their vote as many times as they like, but only their final choice is recorded.

If you want to see which choice each user chose, open the Forms app in Office 365 and click on the poll form. 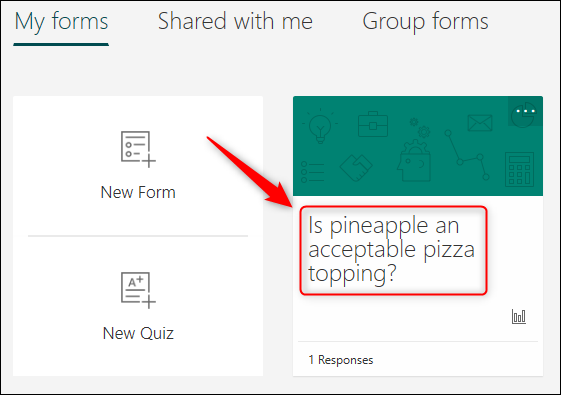 Only the person who created the poll will be able to see the responses in Forms, but the responses can be exported to Excel and shared with the team, just like any other document.

RELATED: How to Scan with Microsoft Defender Antivirus on Windows 10