How to “Alt+Tab” to Switch Windows on a Mac

MainIPTVTutorialIT MagHow to “Alt+Tab” to Switch Windows on a Mac

How to “Alt+Tab” to Switch Windows on a Mac

How to “Alt+Tab” to Switch Windows on a Mac: If you’re a Mac user familiar with quickly switching between apps on Windows using Alt+Tab, you might be delighted to learn that there is a built-in way to do something very similar on a Mac. Here’s how.

In the world of Windows, many users are familiar with a feature often called “Task Switcher” that allows you to quickly switch between open applications by pressing Alt+Tab. This feature has been in Windows since Windows 2.0 in 1987, and macOS has a similar shortcut.

If you’d like to quickly switch between open apps on a Mac, press Command+Tab. A row of app icons will appear in the center of your screen. If you hold the Cmd key down while tapping the Tab key, the cursor will move between the icons from left to right.

You can also hold down Command+Shift and tap “Tab” to move the selection cursor in the opposite direction—from right to left. Or you can press Command+Tab and use the left- and right-arrow keys to select an app.

Once you’ve highlighted the app you want to switch to, release Command+Tab and the app will be brought into the foreground.

There are other things you can do with the Command+Tab switcher. If you press Command+Tab, highlight an app’s icon, then push the up or down arrow, you will launch a mode that shows thumbnails of all that app’s open windows on the screen. This is similar to a long-time macOS feature called Exposé or Mission Control. 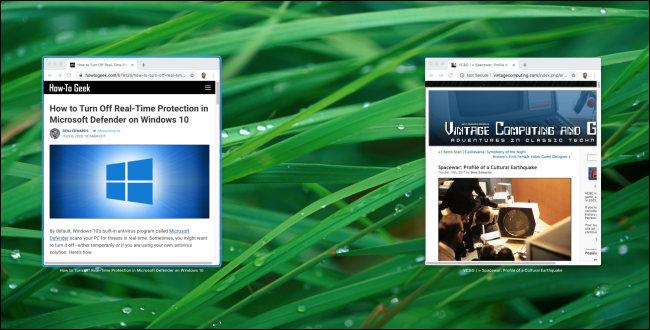 From there, you can select any window you’d like by clicking on it with your mouse pointer or by highlighting the window with the left- and right-arrow keys and pressing Return.

Quitting and Hiding Apps with Command+Tab

Here’s a related window management tip that doesn’t involve Command+Tab. If you have two or more windows from the same app open and would like to cycle through them with a keyboard shortcut, press Command+` (that’s Command and the backtick/tilde key). 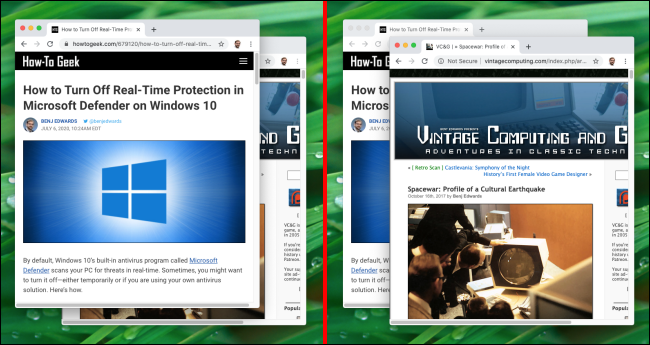 You can also press Command+Shift+` to cycle through them in the opposite direction. When you find the window you’d like in the foreground, just release the keys. Happy app switching!