Did You Know? Windows Has Never Had a “System Tray”

MainIPTVTutorialIT MagDid You Know? Windows Has Never Had a “System Tray”

Did You Know? Windows Has Never Had a “System Tray”

Windows has never actually had a “system tray.” For 25 years, we’ve all been getting it wrong. Microsoft insists those icons are in a “notification area.” So where did the term “system tray” come from? And why does Windows 10 call it the “system tray”—but only once?

That’s a Notification Area, Thank You!

If you poke around on Windows 10—or Windows 7, or Windows Vista, or Windows XP, or Windows 98—you won’t find any references to the term “system tray” in the Windows interface. 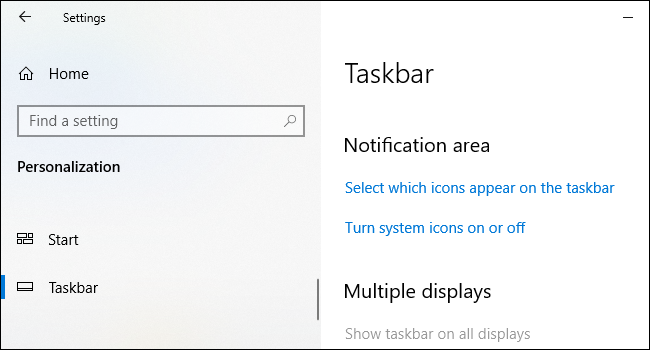 For decades, many Windows desktop applications have used the “system tray” as a place to hide themselves. Often, you buy a new computer and find many preinstalled utilities running in the background, often buried in the “system tray.”

The problem got so bad that Windows allowed you to hide icons behind a little arrow so they don’t fill your entire taskbar—and even automatically hides many of them for you! That’s called the “overflow area” or “overflow section,” by the way—Microsoft doesn’t call it a tray.

That makes some sense if this is just considered a “system tray” that developers can throw anything into, like a junk drawer.

However, Microsoft really, really wants developers to think of this as a “notification area” that’s meant for displaying notification and status information.

Microsoft’s documentation for developers is clear on this subject: “It is… not intended for quick program or command access.”

Related :   What’s the Difference Between Digital and Optical Zoom?

Of course, a Windows PC isn’t an iPhone. While Apple can force developers to follow its best-practice guidelines or ban their apps from the App Store, Microsoft can’t require developers to obey its guidelines. But maybe—just maybe—if everyone thought of it as a “system tray,” developers would be less tempted to throw icons there.

Why Does Everyone Think It’s Called the System Tray?

Yes, Microsoft employees have repeatedly called it the “system tray” in various documents over the years, much to the apparent consternation of the Windows shell team, so named because they’re in charge of the Windows desktop “shell,” which includes the taskbar.

Microsoft’s Raymond Chen wrote about this issue back in 2003. Amusingly enough, people still call it the “system tray” and the confusion continues 17 years later.

Telling the official history of the system tray, Chen points out that early development builds of Windows 95 had a “tray” instead of a taskbar:

In early builds of Windows 95, the taskbar originally wasn’t a taskbar; it was a folder window docked at the bottom of the screen that you could drag/drop things into/out of, sort of like the organizer tray in the top drawer of you desk. That’s where the name “tray” came from. (Some might argue that this was taking the desktop metaphor a bit too far.)

Microsoft discarded this idea and replaced it with the Windows 95 taskbar. As Raymond tells it, Microsoft wiped all mentions of the “tray” everywhere from the shell documentation. No more tray.

So what happened? How did the word “tray” reappear? Chen offers up his best theory:

I think the reason people started calling it the “system tray” is that on Win95 there was a program called “systray.exe” that displayed some icons in the notification area: volume control, PCMCIA (as it was then called) status, battery meter. If you killed systray.exe, you lost those notification icons. So people thought, “Ah, systray must be the component that manages those icons, and I bet its name is ‘system tray’.” Thus began the misconception that we have been trying to eradicate for over eight years… [Editor’s note: It’s been over 25 years now!]

So people called it the wrong thing. At least Microsoft itself communicated clearly, right? Well, about that….

Even worse, other groups [at Microsoft] (not the shell) picked up on this misnomer and started referring it to the tray in their own documentation and samples, some of which even erroneously claim that “system tray” is the official name of the notification area.

So that’s it. If even Microsoft’s employees can’t even get the official name right in official documentation, it’s no wonder that everyone else is confused.

Do we think it matters? Not really. How-To Geek is full of articles calling this feature the “system tray” because that’s what people call it—even many people at Microsoft! But we also try to call it the “notification area.”

If you’re interested in this, we encourage you to read Raymond Chen’s entire blog post. His blog, The Old New Thing, is packed full of interesting facts like this that you just can’t find elsewhere outside Microsoft. For example, there’s a blog post that explains why Windows stores the system time in local time instead of Coordinated Unversal Time (UTC), like other operating systems.

Related :   How to See Why Apple Is Charging Your Credit Card

Windows 10 Calls It the “System Tray”… Once

If you dig into Windows 10’s settings, you’ll find it called the “notification area” everywhere. Its settings are located at Settings > Personalization > Taskbar > Notification Area. The naming is very precise.

Except… If you head to Settings > Ease of Access > Narrator, you’ll find an option called “Minimize Narrator Home to the system tray.” 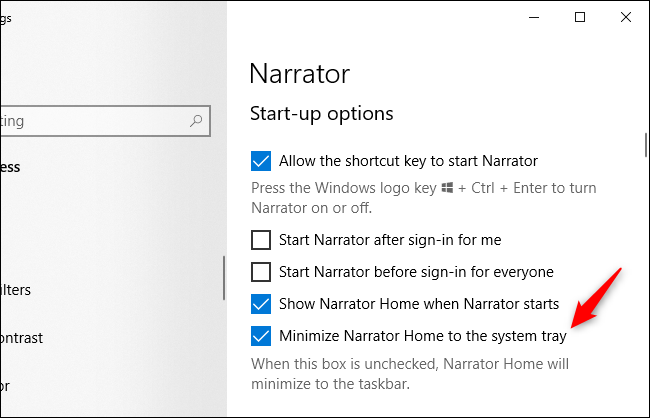 So what does that tell us? It’s pretty clear—the developers working on the Narrator screen-reader feature are separate from the team working on the Windows shell at Microsoft.

Does it really matter? Again, no. But it’s pretty funny.

(And maybe Windows software would’ve abused it less if it was clearly for notifications instead.)

By the way, we took the Narrator settings screenshot on Windows 10’s May 2020 Update. We wouldn’t be surprised if MIcroosft cleans up the interface and removes the term “system tray” in a future update. It will probably pop right back up again in the future, though.

RELATED: How to Exit Safe Mode on Windows 10